Even in the midst of a housing crisis, zoning laws prohibit most homeowners in cities and towns around Boston from adding accessory dwelling units (ADUs) to their single family houses. An ADU is an apartment within or behind an own- er-occupied single family house that appears from the street to be a single-family as opposed to a two-family house.

Homeowner-voters can be reassured that new rental hous- ing that could be added as ADUs would be highly dispersed and barely visible. The houses are owner-occupied; the land- lord lives next to the ADU renters, so the risk of property-ne- glect or loud parties is minimal. The houses also have to look like single family houses. Since household sizes are shrinking, new residents in ADUs might maintain current neighborhood population densities, but are unlikely to increase them.

Moreover, ADUs are permitted at such low levels now — only 2.5 permits annually per municipality where they are allowed — that permitting levels could increase substantially without being at all noticeable in neighborhoods. If the region were to average five permits per municipality per year across 100 municipalities, over a decade, ADUs could provide 5,000 apartments, dispersed among 538,000 single family houses. Less than one in 100 houses would have an ADU, yet the new rentals would house thousands of people.

Data in a Mass Housing Partnership report shows how far behind the Boston metropolitan area has fallen in meeting the housing needs of its citizens. There are four primary categories for measuring the inadequacies: 1. Availability, 2. Affordability, 3. L0cation and Mobility and 4. Equitability. See the full report for more data and examples. Two slides are shown below.

Like numerous metro areas in the United States, Greater Boston has both a shortage of housing and high housing costs. According to a recent presentation by Town Manager Adam Chapdelaine, Boston and the immediate surrounding communities added new 148,000 jobs and 110,000 new residents in the period 2010–2017. But despite the increase in jobs and population, we’ve only permitted 32,500 new homes.

This shortage led the Metro Mayors Coalition — a group of 15 mayors and town managers in the Greater Boston area — to establish a housing task force. The task force set a goal of producing 185,000 new homes during the period 2015–2030. There’s a lot said about that number, and the commitments each community has been willing to make. 185,000 new homes is the big ask, but there’s more to the MMC’s efforts than a simple production goal.

The MMC established a set of ten guiding principles, which are as follows:

In addition to the guiding principals, the Task Force’s web site lists dozens of strategies for consideration. Some focus on the three cost drivers of housing production: land, labor, and materials. Others focus on more holistic aspects, like fairness and diversity. The overall list of strategies includes: tenant protections like rent control, requirements for just-cause evictions, and the right of first refusal; community benefit agreements, housing cooperatives, and community land trusts; transfer fees, linkage fees, vacancy taxes, and anti-speculation taxes; use of prefabricated homes and modular construction techniques; and a variety of approaches for community engagement and education.

In summary, the MMC has put a lot of thought into the process — far more than simply coming up with a number.

A Guide for Arlington

Arlington is considering the acceptance of enabling legislation in the November 2020 Virtual Town Meeting to create the Town’s own MAHT. This will enable the Town to create a vehicle for receiving and spending funds to assist low and moderate income individuals and families to move toward greater housing stability. The MAHT does not provide money, but it does provide a place where the Town can receive money from a variety of sources to be used for furthering affordable housing. Examples include payments from developers, contributions from bequests and, if approved, a real estate transfer tax on the sale of higher priced homes in Arlington.

Municipal Affordable Housing Trust: how to envision, gain support, and utilize a local Trust to achieve your housing goals.

For more information on how this MAHT can benefit Arlington see: https://equitable-arlington.org/2020/11/09/arlington-affordable-housing-trust-fund/

Prof. Christophe Reinhardt runs the MIT Sustainable Design Lab.  On Nov. 25, 2019 he gave a very interesting presentation, including talk and slides, that shows a pathway to make more housing, all kinds of housing, and greater housing density both more palatable in Arlington, and actually desirable.  He also stressed the importance of paying attention to housing now in order to meet the climate change challenge. Charts (starting about 10 min in) show how drastically we need to reduce our carbon footprint to reach net zero by 2050. Buildings today account for about 40% of our carbon emissions world wide. What we build today will likely be around through 2050.

Paying attention to housing design is important to create a sustainable environment.

Here is the link for the Reinhardts talk and slide show:
http://scienceforthepublic.org/energy-and-resources/designing-sustainable-urban-development

He uses research, drawn from around the world and locally, to show what measurable attributes make local communities desirable to live in and what attributes of housing make residents happy.

Key attributes for success (slide is at about 18:15 min. in presentation):

The presentation was arranged by the Robbins Library. It was developed and recorded by Science for the Public as part of it’s lecture series.

For more information on sustainability and cities, cities and local municipalities are beginning to recognize the important linkages between urban resiliency, human well-being, and climate change mitigation and adaptation activities. https://news.mongabay.com/2019/11/how-cities-can-lead-the-fight-against-climate-change-using-urban-forestry-and-trees-commentary/ Courtesy of Science for the Public Interest Weekly News Roundup.

(For more opportunities to learn about sustainability, buildings and cities, sign up for the FREE MITx “Sustainable Building Design” online course which starts January.)

According to a Nov. 26, 2019 Boston GLOBE editorial, there are four tasks necessary to ease the housing crisis in the Greater Boston Region:

This editorial by Paul S. Grogan, president and CEO of the Boston Foundation and Arlington resident, Karen E. Kelleher, executive director of LISC Boston, explain these four tasks. They also describe how much other, comparable urban areas around the US are doing to solve similar housing problems. We are not keeping up with solutions. It will take a collective effort. “Next Level Housing Solutions” is a collaboration of concerned organizations and community leaders intended to move the region toward housing solutions.

Join the Conversation. Click here to join the Next Level Housing Solutions conversation.  This just means you will receive information and event updates.

The Color of Law on Sunnyside Ave

I live on Sunnyside Avenue in Arlington, Massachusetts. The neighborhood was built as two subdivisions in 1948, with 42 duplexes (84 homes total). These were starter homes with 792 square feet of finished space plus a basement with a garage. I affectionately refer to them as excellent specimens of mid-century slap-up. They were constructed in the mid 20th century, and the builder just kind of slapped them up.

Here’s one of the original newspaper ads for these homes.

It’s fun to read the ad copy. The homes are “within walking distance of schools, transportation (MTA) and shopping centers” (a selling point that endures to this day); the lots are “large to provide for individual landscaping” (they’re 3,000 square feet give or take, which is unbuildably small by today’s zoning laws); and the homes have “full-sized dining rooms”, “spacious streamlined kitchens”, and “two large sunny bedrooms” (so much largeness for 792 square feet). I guess this was a time when good salesmanship took precedence over truth in advertising. It was a different time.

However, the part of the ad that most caught my attention was “All Mortgages FHA 25 years”. FHA refers to the Federal Housing Administration, who were the primary mortgage underwriters during the middle of the 20th century. They’re also an example of how the United States used housing policy as a tool for segregation; the FHA was in the business of insuring mortgages for white families in white neighborhoods. The Fair Housing Center of Greater Boston has a short summary of FHA practices. There’s also discussion of the FHA in Segregated by Design.

Which is to say, my nice little neighborhood in East Arlington was likely designed, built, and sold as a segregated development for whites.

Arlington’s biggest period of residential construction was in the 1920’s when we were building an average of 500 homes/year. But there was still a good deal of single- and two-family construction that took place from the 1930’s to the 1960’s — a bit over 5,000 homes. Since the FHA was the primary mortgage underwriter during that period, I think it’s safe to say that my neighborhood was probably not the only for-whites-only neighborhood in town.

I will end with two questions. How do we feel about this bit of history, and what (if anything) should we do about it?

Beginning last July, 2020, the Town of Arlington and community groups in the town are sponsoring a number of webinars and zoom conversations addressing the need for affordable housing programs in Arlington. Several factors contribute to the Arlington housing situation: diversity of housing types, prices, diversity of incomes, availability of housing subsidies, rapid growth in property values that greatly exceed the rate of growth of income.

But racism, both historic and current, continues to stand out as a significant force contributing to the difficult housing situation.

One of the first public discussion in the Town on this subject was organized by Arlington Human Rights Commission (AHRC) on July 8, 2020. View it here:

Seattle finds new tools to preserve neighborhood character in the Pike / Pine Corridor of the city. Arlington has its own neighborhood districts that are now being re-thought with new planning for the neighborhoods’ future. These include the Broadway Corridor, the Mass Ave. Transit Corridor and Arlington Heights.

The tools here include samples for what Arlington might do, “overlay District”, Transfer of Development Potential (TDP).  A TDP provides incentives 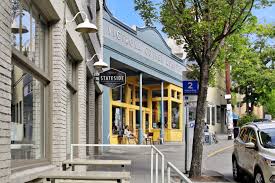 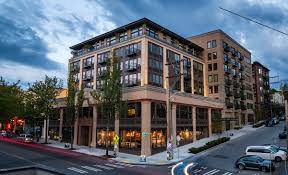 rather than tear them down. A Conservation Core was also established within the district to further ensure that new development is more compatible with the special scale and character of existing development in this area. They also prepared Design Guidelines, Zoning Ordinance, Environmental Review Checklist, Cultural Overlay District, “Center Village” Plan, Inventory of Historic Resources, etc. 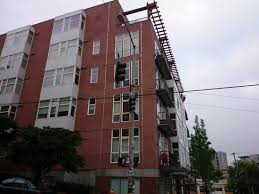